We have to make some apologies to people waiting for their orders or questions to be answered, as we’re coping with a huge backlog.

We’re (still) finishing the new ByteDelight HQ, which is now almost done.
At the moment we’re working in a tiny workplace, which is far from efficient.

Here are some photos of the progress, starting with the old working corner (and me): 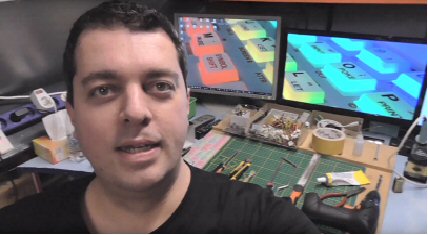 2 large dormers were installed 2 weeks ago:

A couple of days ago the main painting was finished, and on this photo we were still working on the desks:

Also an AC was installed to stay cool at summers.

The work is almost done: the desks are completely installed now.
That took more time than expected because of some custom build-up parts on the desks, but those are also assembled.

Remaining things todo at this moment are:
– Painting of the desks and build-up parts
– Installing the floor

Should be done in a day or two.
After that we can finally install ourselves in the new ByteDelight HQ, and get back to full speed and service again – and lots of new products!

If you like to see the result, stay tuned here at ByteDelight.com for the update that will come in a couple of days, or head over to Facebook where we post updates regularly as well.