For Timex 1000 see underneath.

This transistor mod is enough most of the time for great picture output quality on a ZX80 or ZX81 (source: link).

This should only work on ZX81’s equipped with a 2C210E ULA, though I got the same good output with a 2C184E ULA.
Previous ULA versions (and by extension the ZX80) don’t output a proper back porch signal, and most people say in that case a ZX8-CCB or ZXVid board will be required (see underneath).

First test it without the 18/33 Ohm resistor.
In case the output brightness is too high, add the resistor between the transistor emitter and video output to lower brightness to acceptable levels:

I usually cut the 5V line and video signal from the modulator board, since it can cause distortion.
Small clarification about this (7 Feb 2022): when modifying the ZX81 video output, I cut the 5V and composite video wires that go on the small board inside the modulator, so that the board doesn’t do / influence the video output anymore. I use the incoming 2 wires (that go through the plastic holes) for the modification obviously though. 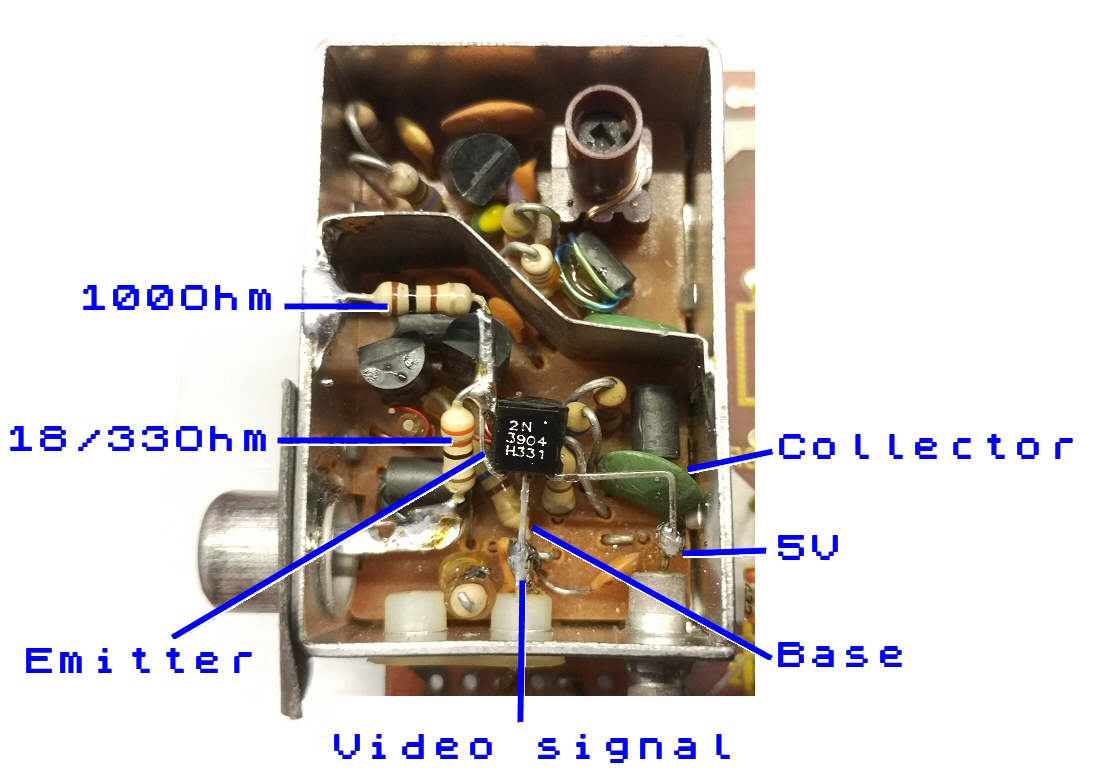 First, move the middle wire at the modulator to the pad shown below, which will connect it to pin 16 of the ULA containing the video signal: 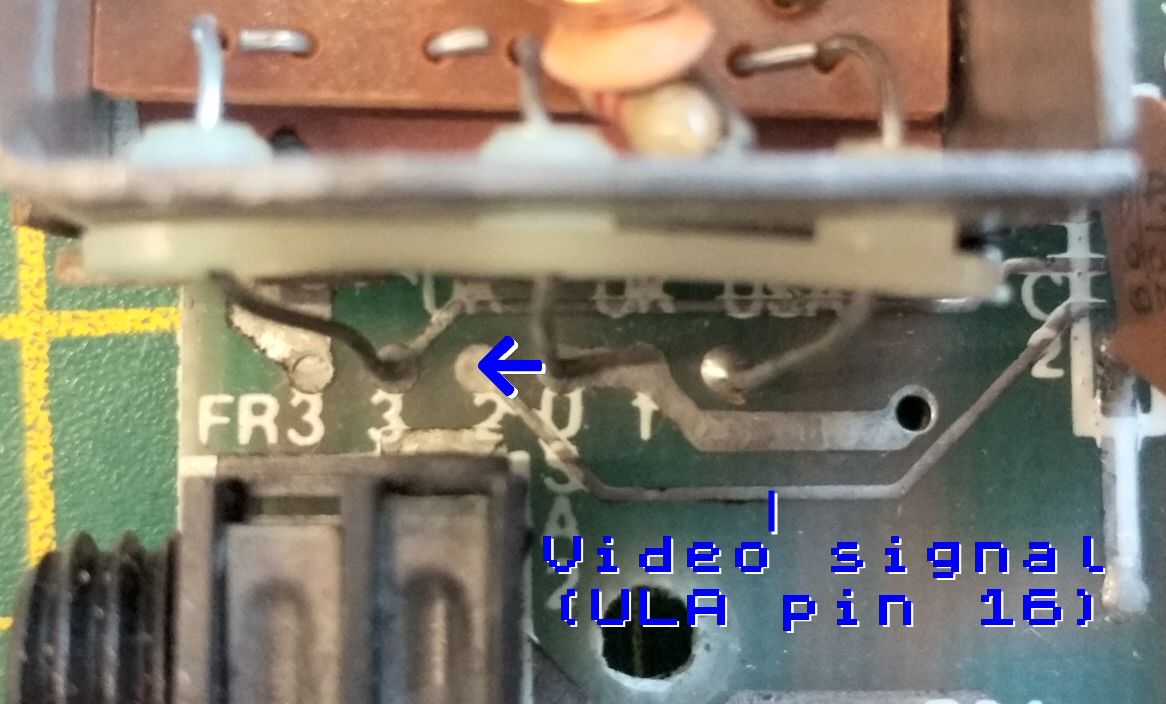 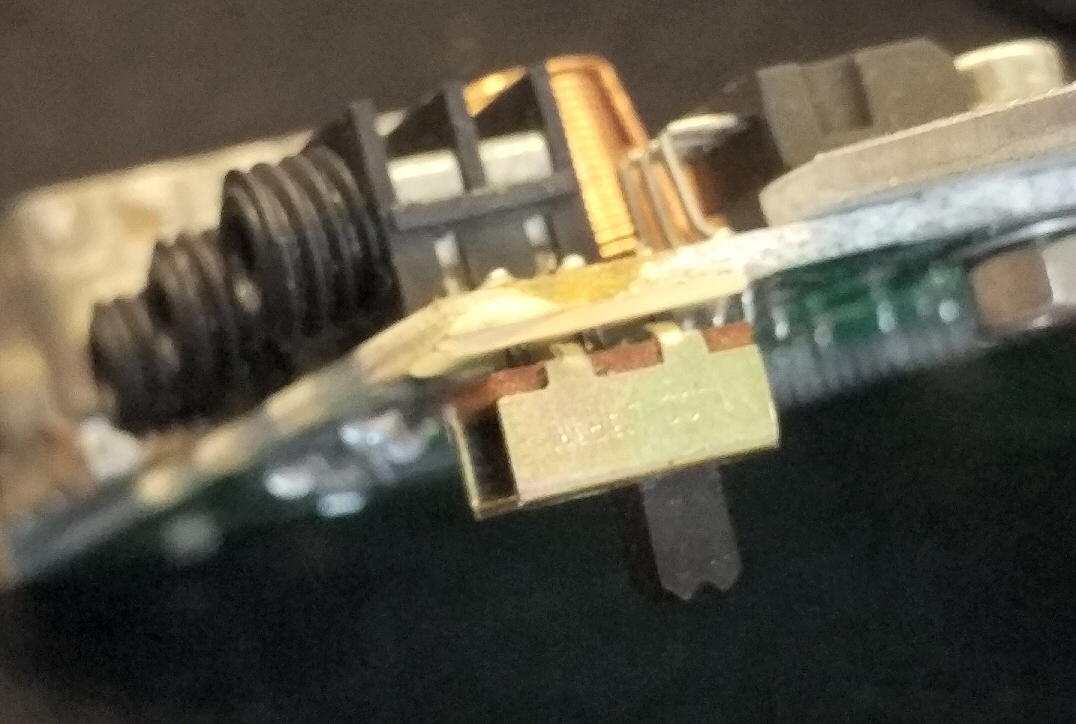 Replace the switch by one wire bridge as shown here: 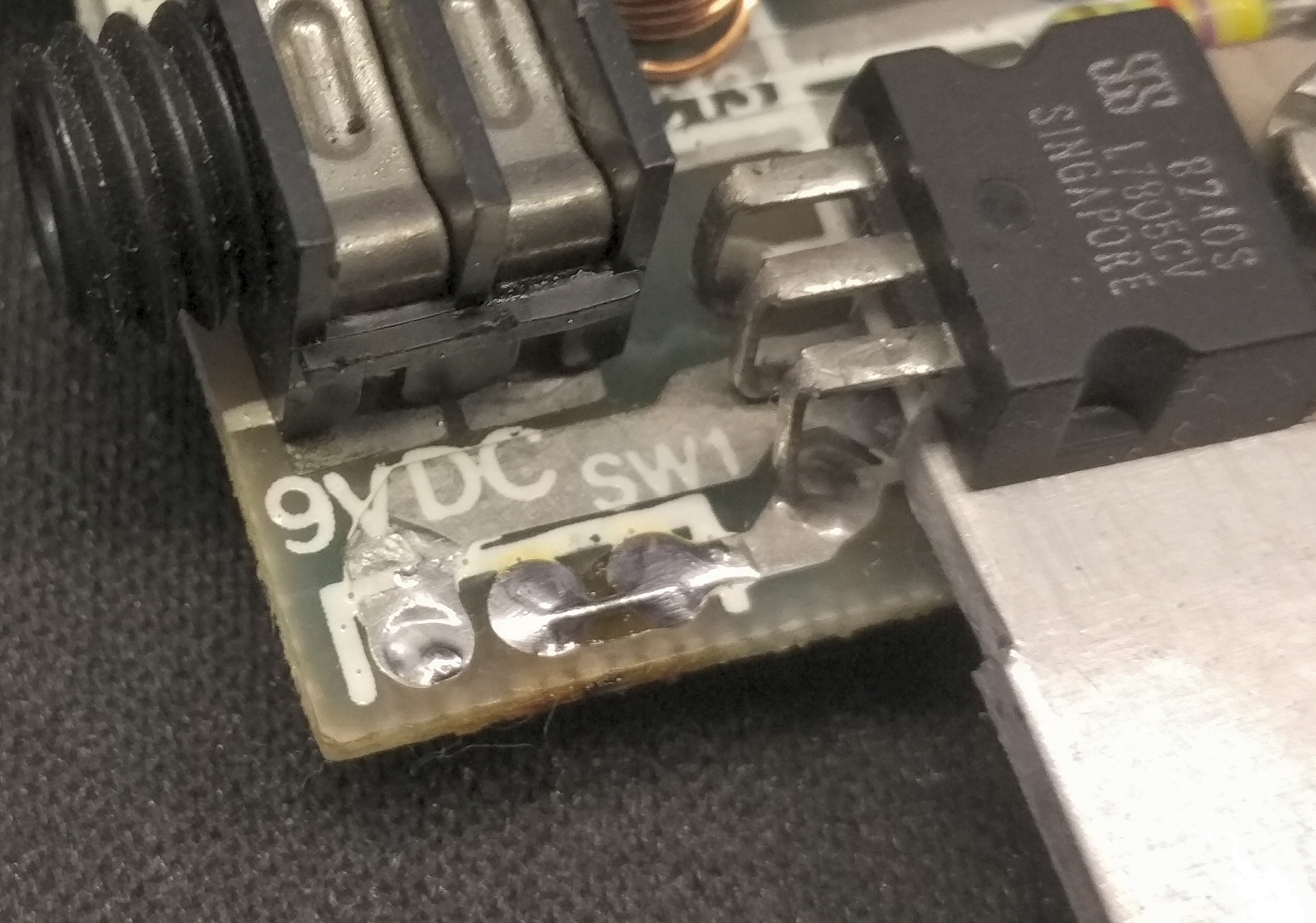 Now cut the RF output lead to the RCA connector inside the modulator, where the arrow points: 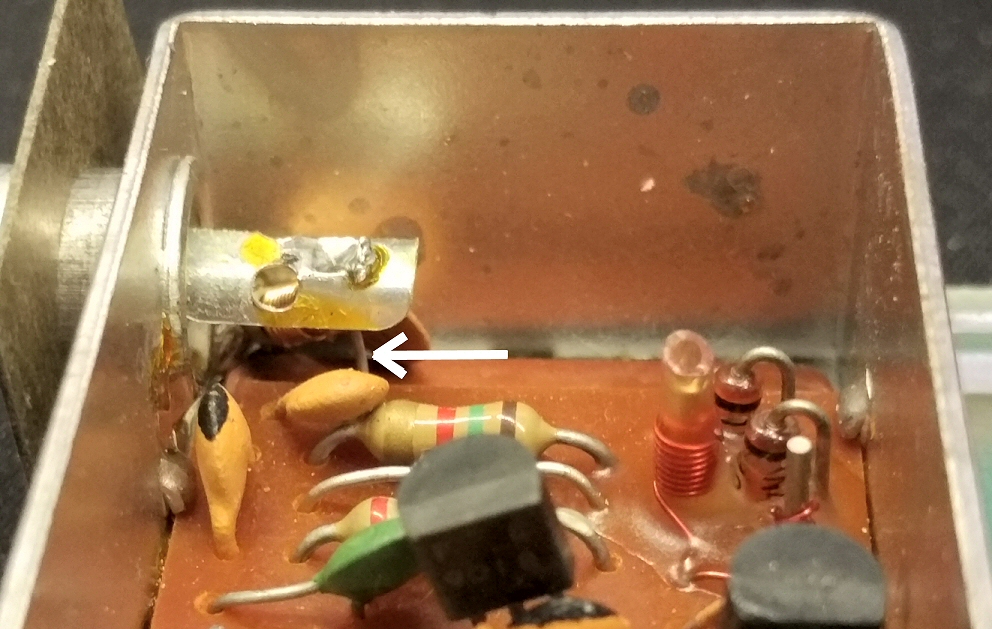 Also disconnect the two parts hidden behind the RCA output socket (on the right on the photo): 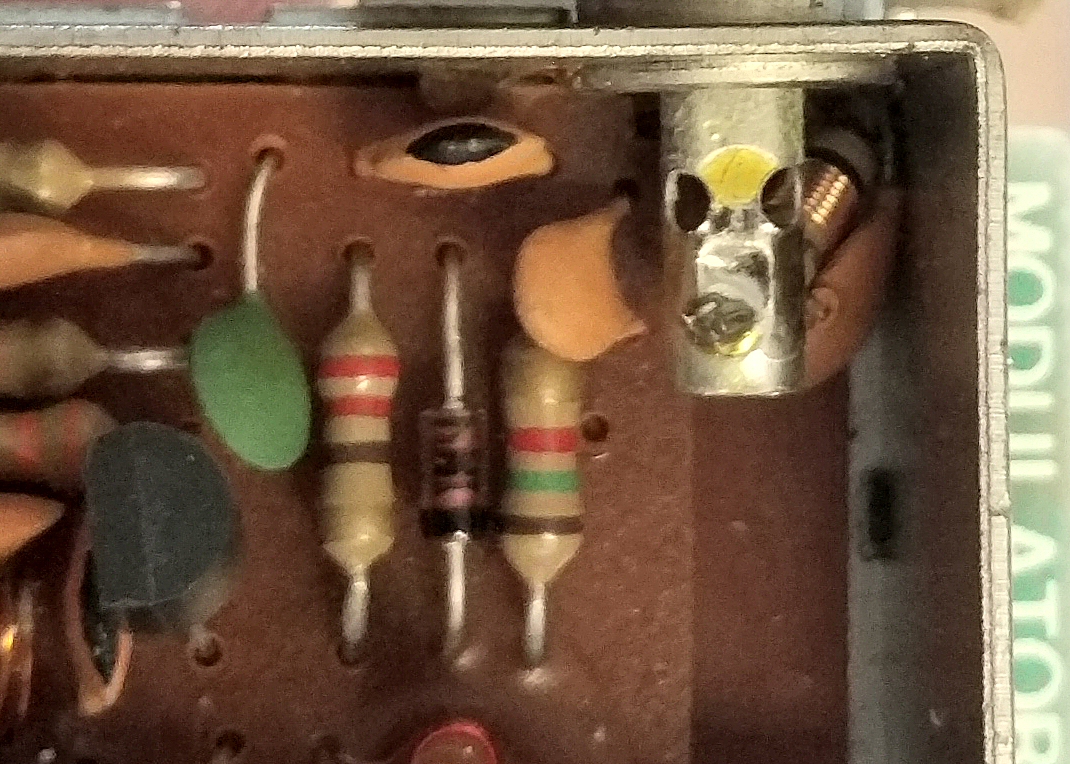 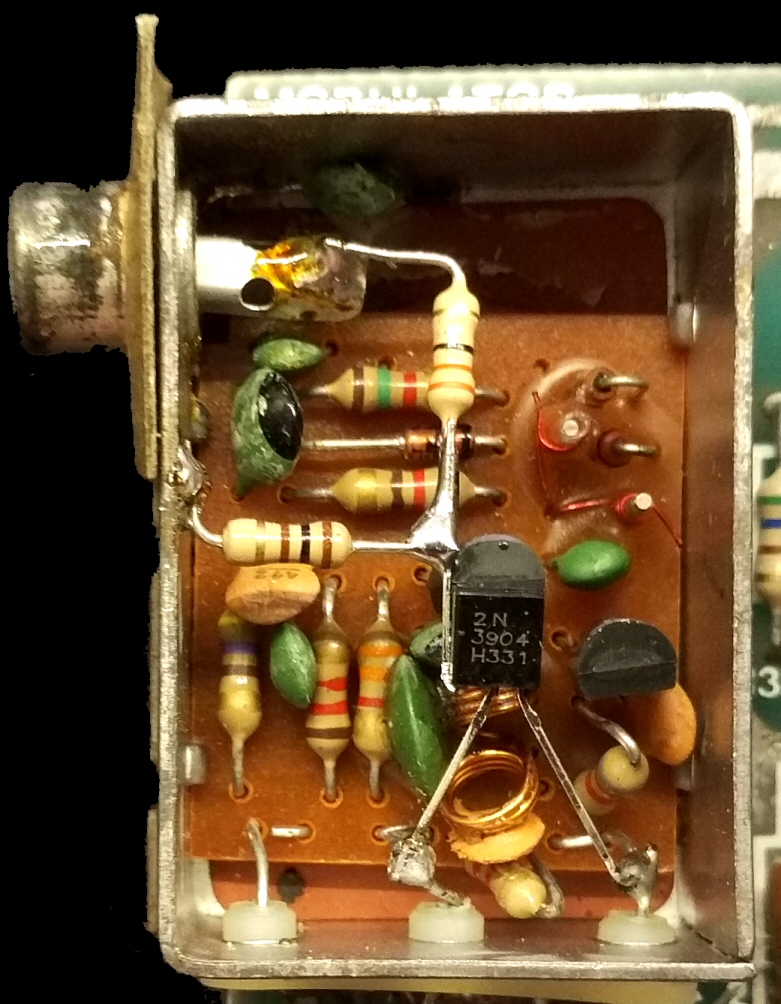